Fickle as the wind

Aggregation is the ignis fatuus of modern modes of thought. Sums beguile. Averages bamboozle. Reality is found at the margins.

Take the government’s plans for wind-power to supply around 22% of our electricity by 2020. That would be ambitious enough if the supply of wind power and demand for electricity were spread evenly over the year. But neither is. It becomes truly heroic when one disaggregates these figures.

Based on the performance of our existing fleet, we would need 36 GW of installed capacity to produce that amount of annual output. The government takes a more optimistic view that 27 GW can produce this power.

The output does not come consistently or predictably from these turbines. Nor will the wind always be blowing somewhere in the country, allowing for smoothing through diversity. The UK is not big enough. In practice, there are periods when the combined output of turbines across the country is only 5% of their capacity, and others when it is 90%.

Our average system demand is around 38 GW. That might suggest that we can absorb the output from those wind turbines. But let’s disaggregate that figure. The minimum is around 22 GW and the maximum is around 58 GW. When we have a mild, breezy summer night, our wind turbines would be producing more than total system demand, even if we turn every other power station off. On cold, still, winter mornings and evenings, as is not uncommon when an anticyclone is settled over the country, wind will be contributing a tiny fraction of that 58 GW. A recent study by Pöyry Energy Consulting demonstrated that there is little correlation between wind output and customer demand.

The wind lobby airily presumes that wind gets priority. Other renewable technologies (which are planned to supply another 8% of our electricity) will be no more willing than wind to reduce output when the wind is blowing, nor able to ramp up when it isn’t. Nuclear power will not be de-rated to zero in these conditions. Whether it’s these technologies or coal and gas generators that provide balancing services, the impact on their financial returns is not proportionate to the amount of output lost, but very much greater, because of high fixed costs and low marginal costs of production. If low-carbon technologies have to be constrained, their contribution towards carbon and renewable targets will be reduced, requiring more capacity to hit the targets, exacerbating the balancing problems, and so on in a vicious circle.

The result will be a massive increase in the variability and unpredictability of energy prices. They will fall to below zero during periods of over-production, and peak prices will be many times higher than today. If demand adjusted accordingly, the system might cope a little better. But we insulate consumers from reality by giving them prices that average out these costs. A market in which production choices are insulated from demand, and consumption choices are insulated from supply is a recipe for disaster. 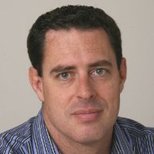 14 thoughts on “Fickle as the wind”