Britain, more sober than you thought

What to do before the money runs out

The Economist has put a nice little chart together based on the latest World Health Organisation report on alcohol. It shows alcohol consumption per capita but also per drinker.

Contrary to temperance rhetoric, per capita consumption is not a marker for alcohol-related harm. It doesn’t say anything about about drinking patterns, excessive drinking or who is doing the drinking. In many countries, the number of abstainers is so high that per capita consumption tells you nothing worth knowing. Consumption per drinker, on the other hand, tells you a little bit more and the results are striking. Drinkers in the Chad and the United Arab Emirates are the heaviest boozers in the world, although they are few in number. Drinkers in Britain, however, barely scrape into the top 100. 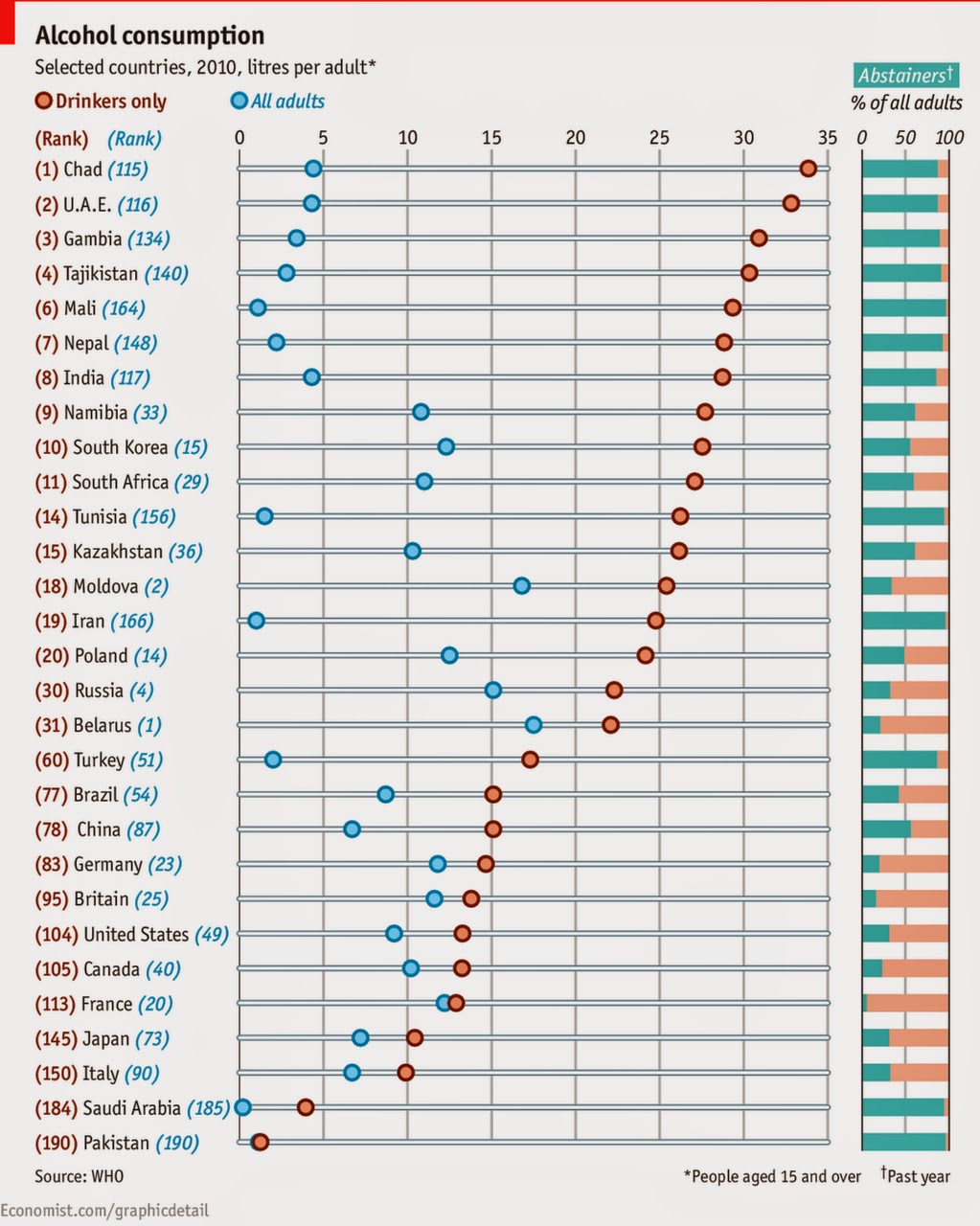 Per capita consumption in Britain is the 25th highest in the world – which is still considerably lower than the Daily Mail would have you believe – but it is only 95th when you look at it per drinker. This interesting statistic was entirely ignored by the spokeswoman for Alcohol Concern when she was asked to comment….


Emily Robinson, Deputy Chief Executive of Alcohol Concern told Huffington Post UK via email: “It’s a tragedy for every one of us that the UK is wallowing amongst the worst 25 countries in the world for alcohol intake.

“Because of this lives are being needlessly lost and even more ruined by ill health. Sadder still is that the Government knows what needs to be done to turn this bleak picture around…

She then called for minimum pricing and advertising bans, as her job requires, but it is odd to complain that the UK is “wallowing amongst the worst 25 countries in the world” just because it has more (moderate) drinkers. Groups like Alcohol Concern claim that they are against excessive drinking, not drinking per se. If so, the ‘consumption per drinker’ figure is much more relevant to their cause. As the blue dots on the left side of the chart show, per capita consumption figures are as much a measure of the number of teetotallers as anything. The problem Emily Robinson identifies could be solved by a surge of Islam and Methodism, but that would not affect heavy drinkers.